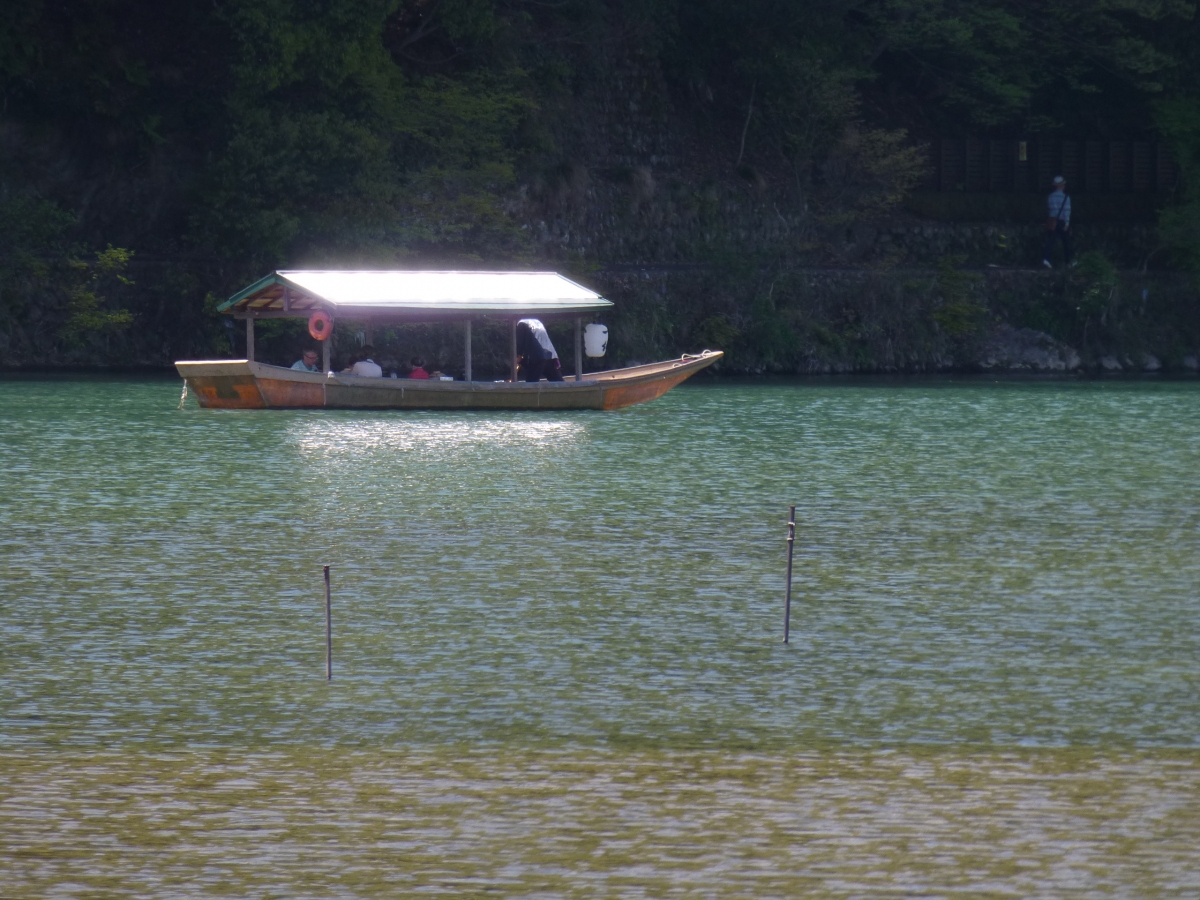 Getting off at the Kyoto Train Station, we walked through the ultra modern station marveling at all the shops and restaurants. In Japan the best hotels are near the train station and the most expensive one is actually part of the station. This shows how much trains dominate the mode of travel. We were lucky to get a place across the street since this part of the trip would involve many short hops around the area.

Kyoto was Japan’s capital for over 1000 years and is the center of traditional Japan with over 1000 shrines. Plus there are beautiful and historic areas nearby that you 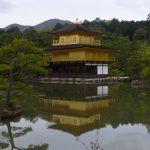 will want to visit. We had seven days, our JR Railroad Pass, and the determination of The Frugal Dude to see as much as possible.  The Sanjusangendo Hall with 1000 life-size statues guarding the deity in the center, Kinkakuji the Golden Temple with a beautiful garden and pond, and the Nijo Castle were three of our favorite sites.  The Yasaka Shrine borders the old Gion area which is the home of geisha houses and theaters.  It has food vendors and a fun atmosphere. The Gion is the home of geisha houses and theaters where you will see the narrow streets and more traditional wooden homes. While the whole concept of geisha seems strange to me, seeing a performance by them was a study in stylized artistry that does not exist anywhere else in the world. 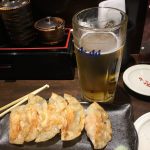 The Kamo River borders the other side of the Gion district. Along the river and in back are numerous restaurants. This is a fun area where people are out walking all night.  All dining guides led us to Chao Chao Sanjo Kiyamachi, the best gyoza in Kyoto and possibly the world.   I usually hate to wait in line however this was a worthwhile exception.  As we watched the chef through the window, she expertly formed gyozas for the lucky 12 to 15 diners inside.  Maybe it was the long line, maybe it was the late hour but I have to say these were delicious. Even with stuffing ourselves, the bill was a little more than $15.

At the train station in Hiroshima, we decided to change our plans and visit Miyajima Island home to the Itsukushima Shrine first.  There were English-speaking volunteers who 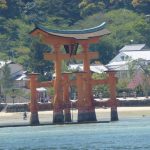 showed us brochures and even brought us to the platform. At the ferry station we boarded for a short ride to the island. Since this was a JR Ferry, our pass covered the cost. This shrine is so beautiful in many ways-at high tide it appears to be floating in water, the vista back to the mainland is lovely, it abuts a mountain covered in trees, and tame deer wander the grounds.  Hiroshima was a journey to a museum that represented the worst of mankind’s scientific accomplishments. The testimonies of the survivors and the pictures of the destruction were shocking and depressing.  The museum is landscaped with beautiful gardens and places to recover from the visuals of what had happened.  For dinner we decided on a beer festival across the street.  We bought some food and drink tickets, listened to a not bad pop band, and ate before leaving for the train station. 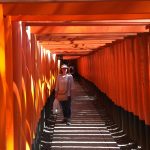 These were some more high points.  Nara’s Giant Buddha Shrine and more tamed deer. The Inari Shrine with a passage way composed of thousands of torii gates.  Himeji Castle is the finest surviving example of early 17th-century Japanese castle architecture. The Togetsukyo Bridge is Arashiyama’s well-known, central landmark not far from the magnificent Bamboo Grove.  The Philosopher’s Walk is a stream side cobblestone path lined with blossoming trees and shrubs linking many 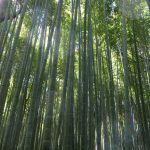 major shrines at either end.

As in Tokyo, there were great and cheap places to dine. The train station had conveyor belt sushi where we sat next to an Italian couple and enjoyed hearing their travel stories. We loved being able to start the day at the Starbucks on the corner as the day’s plans took shape. The restaurant in the basement of our hotel was fun and at least had some pictures we could point to that were familiar.  Food stands had steamed oysters, roasted chestnuts, and Nishiki market had all manners of Japanese delicacies.

Bidding farewell to Kyoto, we agreed this was one of our best trips.